Archery Tag: What is it? 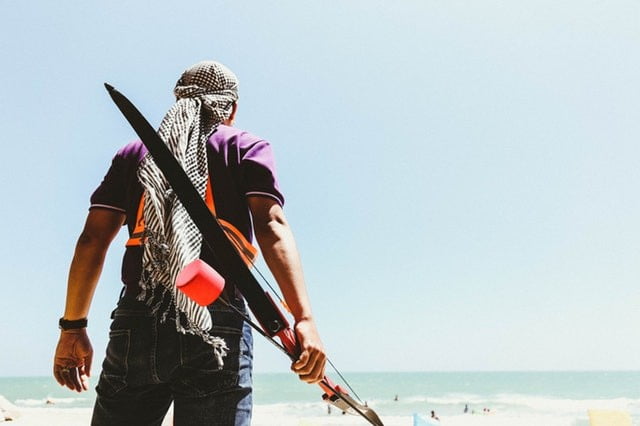 At first thought, many would think the idea of combining archery with tag wouldn’t be the greatest idea. Shooting arrows at fellow players doesn’t seem like the safest game, but you don’t have to worry about that with this fun activity! Archery tag is a sport that’s inspired by the art of professional archery. With bows that accommodate both right and left-handed players and arrows that are foam-tipped to prevent serious injuries, this is a safe and creative activity if played correctly. An action-packed game that brings in elements of dodgeball, traditional archery and paintball, you’re guaranteed to have a blast.

Players are divided into two teams that occupy their own side of the arena. Made up of four to nine players each, the players have two main objectives in order to successfully win the game. On the one hand, opposing teammates have to hit each other with their foam-tipped arrow. On the other, players must knockout five discs from the opposite team’s target. Once all five have been hit, then that team is declared the winner.

The rules for archery tag are as simple as the game itself. While both teams will have five targets that need to be shot, they also have barriers that players can take cover behind to avoid being shot by the opposing team. Safety masks and armguard are to be worn at all times. Even though the arrows are harmless, it’s better to be safe than sorry. All this is done to make sure the game goes as smoothly as possible without injury

Everyone needs to follow the game rules for the game to go smoothly. Protective gear must be worn at all times, and opponents can’t shoot players that are closer than seven meters away. What happens when you don’t play safely? People often get injured, and that’s just no fun. The objective of the archery tag is to have fun, enjoy the experience, and release some adrenaline.

Supervisors are usually present to make sure the rules are being followed and that everyone’s playing fairly. Arrows must only be used with the proper homologated bow. Anything else isn’t allowed and the supervisors won’t take responsibility for damage done to players who are using the bows incorrectly.

At Foam Fighters, we offer an indoor NERF gun area, target range, gaming lounge, and a re-bite cafe. Located in Edmonton, Alberta, an arrow tag is a great activity to indulge in for birthday parties and corporate events, along with the other games we offer. It’s the perfect place for anyone looking to have a fun time indoors with friends, family or colleagues. Call us or go online to book your next arena battle.